This Too Shall Vipassana 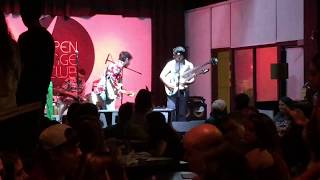 AstroMaps enjoyed performing variations for the introduction of "Would Be Lion". Instead of covering an entire song, we would often play the beginning (or our favourite part of it) and would use that to segway into the beginning of Would Be. We did "Robot Rock" by Daft Punk one time. In this instance, we paid homage to Nirvana and performed our rendition of "Smells Like Teen Spirit". Song List: "Blue Cannons" - AstroMaps "Bobby Long" - AstroMaps "Phantom People" - AstroMaps "
bottom of page